Mario's film Patroon has caught the attention of various news outlets. As reported by AT5 and FunX radio Patroon is a film in which a lot of migrant Dutch Caribbean boys will be able to relate and identify with. Often times portrayed in a negative stereotypical context in Dutch media, Mario decided to change the narrative on young men from the Antillen. The film explores the journey of self discovery and fatherhood of a young migrant man growing up in the south-east project of Amsterdam.
Gerelateerde content 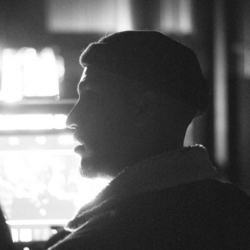